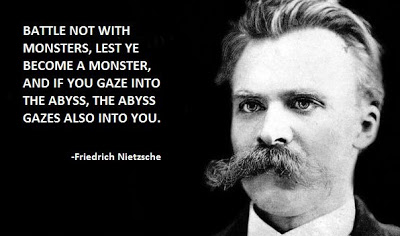 I find something so appealing and humanizing about a philosopher reporting what he eats to his mother.

Michel Onfray’s Appetites for Thought: Philosophers and Food, explores such gastronomic moments where provocative Nietzsche is hanging up sausages, rational Kant is stumbling home drunk, radical Diogenes is chewing on raw octopus, Rousseau, the philosopher of the French revolution, is drinking and eating milk in all forms.  All ideologies need to be fed.

Here is a short excerpt about Nietzsche’s lifelong love of charcuterie:

“In fact the whole of his correspondence with his mother testifies to the primitive character of his mode of nutrition, and this throughout his life. At no time did Nietzsche seem to want to break from charcuterie and fatty foods.

In 1877 his dietary programme was the following:

Midday: Soup, of a quarter of a teaspoon of Liebig extract, before the meal. Two ham sandwiches and an egg. Six to eight nuts with bread. Two apples. Two pieces of ginger. Two biscuits. Evening: an egg with bread. Five nuts. Sweetened milk with a crispbread or three biscuits.

… However, charcuterie was still his favourite topic in his correspondence– ham ala Dr Wiel, ham sausage — as well as honey, chopped rhubarb and sponge cake. During his last years of lucidity – 1888- he denied himself wine, beer, spirits and coffee. He drank only water and confessed to ‘an extreme regularity in [his] mode of living and eating.’ But he still maintained the combinations of steak/omelette, ham/egg yolks/ bread. That summer he was sent 6 kilos of Lachsschinken (a mild ham) to last four months. When he received his package from his mother Nietzsche hung the sausages — delicate to touch – on a string suspended from his walls: imagine the philosopher drafting The Anti-Christ beneath a string of sausages… “

If no meal is innocent or thoughtless, I wonder what to make of my coffee and cereal for breakfast this morning.